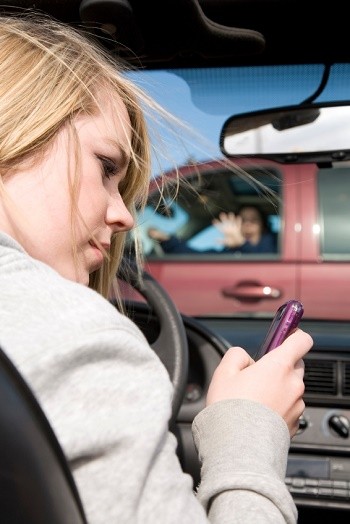 In 2012, 3,328 people were killed in car accidents caused by distracted drivers. Studies have shown that taking self-portraits using phone cameras while driving is becoming popular, especially among teenagers. Various social media websites show numerous self-portraits while driving. Some pictures also show the speedometers indicating the speed of the car.

A 26-year-old woman, Collette Moreno, was killed in a car accident resulting from distracted driving. The woman and her best friend, the driver of the car, were making their way to her bachelorette party. The two were enthusiastic as they made their way to Lake of the Ozarks, anticipating the fun they would have over the weekend. It was reported that Moreno took a selfie with the driver around eight minutes prior to the accident.

The driver of the car revealed that a large truck was in front of them before the accident. Moreno, an asthmatic, started to cough due to the fumes coming from the truck. The driver then made an attempt to pass the truck on the two-lane road. Thinking it was safe to pass the truck, she was unaware that they were approaching a hill and a 1999 Dodge Ram was in the opposite lane. Although the two vehicles attempted to avoid a collision, the pickup truck hit the passenger side of their vehicle. Both drivers only suffered minor injuries. However, Moreno later died from her injuries. Moreno was wearing a seat belt when the accident happened.

St. Louis car accident attorneys remind the public that certain activities are distracting to a driver and pose a hazard to other motorists. Distracted driving is a result of activities that take away the concentration of the driver from the task of driving the vehicle. These activities include talking, eating, grooming, or changing radio stations. Texting and driving are considered one of the most lethal distractions, causing a driver to lose their manual, visual, and cognitive focus simultaneously while driving. The Missouri Department of Transportation revealed that eighty percent of crashes are caused by distracted driving.

Help for Victims of Distracted Driving

Lawmakers are making significant efforts to make the public aware of the dangers of distracted driving. For example, the U.S. Department of Transportation is encouraging teenagers to take a pledge, committing to eliminating distractions while driving. They also are putting a face to the victims of distracted driving. Faces of Distracted Driving has been produced to be shared on social media websites, such as Facebook.

St. Louis Lyft Accident Lawyer Talk to a Lawyer for Free 24/7 at (314) 361-4242 ::  We Help Lyft Accident Victims Get the Compensation They Deserve An accident with a Lyft driver can leave … END_OF_DOCUMENT_TOKEN_TO_BE_REPLACED