The 4th of July weekend is a big weekend for partying and drinking, and police expect to be busy responding to accidents. 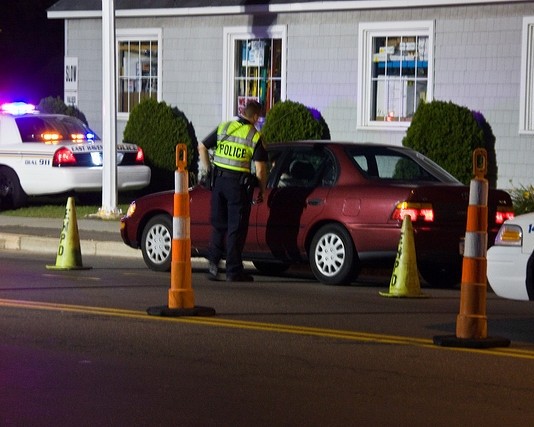 Distracted driving has become a major concern for police in the last decade, as more and more distractions make safe driving much more difficult. But one major driving concern, drunk driving, has never gone away or stopped being a significant contributor to traffic accidents and fatalities on Missouri roads.

On Tuesday, July 2, police arrested a man who had crashed into a Columbia, Missouri home with his vehicle. He was attempting to make a turn, but was unsuccessful and he drove his car into a house around the 1100 block of Vintage Drive area. He went through the garage door, then straight through the garage wall and into the front yard, where he came to a stop. The gas meter was ripped from the house, resulting in a gas leak.

Three residents were safely removed from the house by crews, and the electricity and gas were turned off.

According to Columbia police, the 74-year-old man was requested by the Traffic Unit Officer, who was working the accident, to turn himself in. He was compliant and turned himself in at 3 p.m. Tuesday. He was then arrested and processed for driving while intoxicated and careless and imprudent driving. This was his second drunk driving offense. His blood alcohol was over the legal limit of .08.

The 4th of July weekend illustrated just how dramatic this problem can be. The holiday weekend was one that resulted in a significant number of arrests for intoxicated driving. The Missouri State Highway Patrol has just released information about arrests and accidents that happened over the holiday weekend. These reports show that hundreds of people were arrested for drunk driving, and that seventeen people died in traffic accidents. Police say there were 199 intoxicated driving arrests during that 102 hour period.

The holiday weekend was considered to be the period from Wednesday, July 3, at 6 p.m. to Sunday, July 8, at 11:59 p.m. And the report indicates that over this time period there were 358 traffic accidents that police were called to respond to. In those accidents there were 157 injuries, and 13 people died.

The St. Louis Metropolitan Police Department was called to respond to a triple fatality crash and Columbia police handled another fatal accident. Police say that at least seven of the deaths in these accidents were individuals who were not wearing seat belts.

The 4th of July weekend is a big weekend for partying and drinking, and police expect to be busy responding to accidents when the ugly mixture of drinking and driving inevitably happens. The report from the Missouri State Highway Patrol from last year only covered a 30 hour period, which makes it difficult to compare numbers from this year to those from last year. Last year’s report shows that troopers responded to 99 traffic accidents, and that in these accidents there were 3 deaths and 59 people were arrested for intoxicated driving.

Drinking and driving is extremely dangerous and can easily result in the death of those involved. If you or a loved one has been in a car accident caused by another driver’s negligence, contact The Hoffmann Law Firm, L.L.C. You and your family members deserve justice and compensation for injuries if there was harm done to you because of another driver’s carelessness or willful disobedience of laws meant to protect those out on the roads.

St. Louis Lyft Accident Lawyer Talk to a Lawyer for Free 24/7 at (314) 361-4242 ::  We Help Lyft Accident Victims Get the Compensation They Deserve An accident with a Lyft driver can leave … END_OF_DOCUMENT_TOKEN_TO_BE_REPLACED