You are here: Home / Personal Injury / Why Wearing a Seat Belt is Important
Updated: October 30, 2019 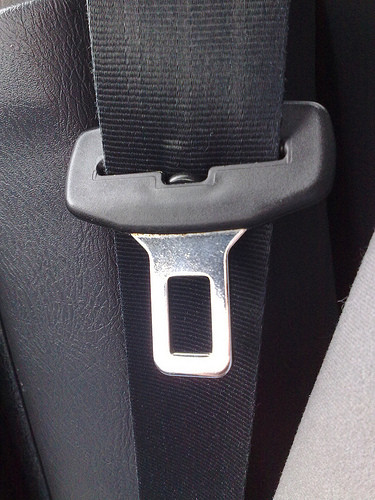 Wearing a seat belt can save your life.

It has been proven time and time again, that no matter where you are driving, a seat belt can save your life in a car accident. In fact, according to the National Highway Safety Administration more than 15,000 lives are saved each year in the United States because both drivers and passengers were wearing seat belts when they were involved in a car accident.

Keep occupants inside the vechicle

Angela Osterhuber, director of the Pennsylvania Traffic Injury Prevention Project in Media, PA says, ““It’s clearly a myth that people are better off being thrown clear from the crash. People thrown from a vehicle are four times more likely to be killed than those who remain inside.”

Osterhuber says, “Restraints are designed to contact your body at its strongest parts. For an older child and adult, these parts are the hips and shoulders, which is where the seat belt should be strapped.”

Spread out the force of collision

Rather than placing all stress on one area, a seat bealt spreads the force of a crash over a wide area of the body.

Slow the body down

“Seat belts help extend the time it takes for you to slow down in a crash,” says Osterhuber.

Protect the brain and spinal cord

Unquestionably, brain and spinal cord injuries are very serious and potentially deadly. A seat belt is designed to protect these two critical areas.

Seat belts can certainly save lives. However, car accidents still occur, and may result in injury or damages. If you are involved in a St. Louis car accident it is important to contact a car accident attorney right away. The Hoffmann Law Firm has a proven track record of successfully handling car accident claims in the St. Louis area. Call (314) 361-4242 today to schedule a free consultation.

St. Louis Lyft Accident Lawyer Talk to a Lawyer for Free 24/7 at (314) 361-4242 ::  We Help Lyft Accident Victims Get the Compensation They Deserve An accident with a Lyft driver can leave … END_OF_DOCUMENT_TOKEN_TO_BE_REPLACED