You are here: Home / Car Accident / Can Uncle Sam Stake a Claim on Your Compensation?
Updated: August 23, 2019

The frenzy of tax season is just around the corner, and if you are like millions of other Americans, you may be worried about how much money you are going to owe this year. 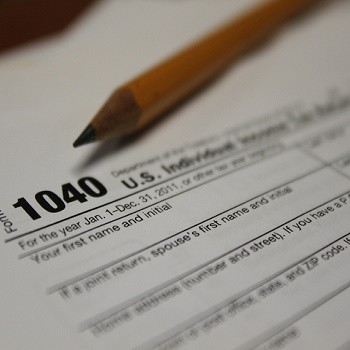 Most of it should be straight forward income that you have reported every year, plus the usual deductions. However, if you were involved in a personal injury lawsuit last year and won your case, should you report that income? There are rules regarding this type of money received. If you have any question, ask your Missouri personal injury attorney for advice.

Compensation That is Tax Exempt

The IRS states that the only damages that are exempt from being taxed are those that are associated directly with your personal injury, which means only that which is medical related.  Your financial debt from the injury must be clearly outlined. This includes all of the accrued medical bills, even those related to mental or emotional anguish you received from the accident. These will be looked at separate from the rest of the award when it comes time to report your income.

It is also important to remember that you cannot claim any deductions for your medical expenses if you received compensation for them unless you decide to report that compensation as income. The IRS would look at that as you trying to benefit twice.
Any award for punitive damages absolutely must be added to your tax form as income. Punitive damages are those awarded as a type of punishment for a defendant who was grossly negligent or showed a complete and total disregard for the safety of others. This happens often in drunk driving cases, or lawsuits, where a risk was well known and documented and yet the defendant, chose to ignore it.

Your Missouri personal injury attorney will be able to go over your award in-depth with you to ensure that you understand which amounts are exempt from being reported. If you are unfortunate enough to be injured this year, make sure you retain one to help you recover your compensation.

Injured At an IRS Office

Before you get upset about having to pay out all that money in taxes, know that at least one American taxpayer got his revenge against the IRS recently. While in the IRS office working out a deal to pay off his back taxes, a man tripped over a phone cord and injured his leg. It took seventeen days in a hospital to recover from the injury. He filed a $10 million lawsuit against the government agency, claiming that he was now wheelchair-bound and now suffers from a major loss of quality of life. Unfortunately for him, the IRS used surveillance to prove his claim was exaggerated. Since the IRS did concede that he was injured at their office, he was awarded $862,000 for his pain and suffering. Lucky for him he won’t be taxed on that.

If you have any questions about a previous award or need advice on a recent injury, call The Hoffmann Law Firm, L.L.C. at (314) 361-4242 for a free consultation.

St. Louis Lyft Accident Lawyer Talk to a Lawyer for Free 24/7 at (314) 361-4242 ::  We Help Lyft Accident Victims Get the Compensation They Deserve An accident with a Lyft driver can leave … END_OF_DOCUMENT_TOKEN_TO_BE_REPLACED