PTSD is an anxiety disorder that is triggered by a traumatic event. 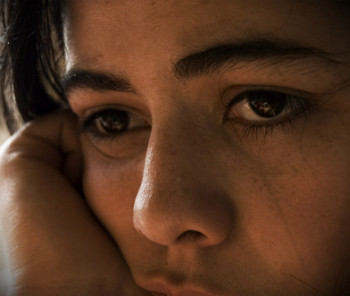 How people handle the stress of traumatic events varies greatly between individuals. While some people can recover and move on, others may be plagued by the fear and anxiety that the event created. That anxiety can manifest into a condition known as post-traumatic stress disorder. Since the end of the Vietnam war, car accidents have become the leading cause of PTSD in Americans. This is a recognized illness that drastically reduces the quality of life for those who suffer from it. If you, or someone in your family, have been diagnosed with PTSD after a car crash, contact a St. Louis car accident attorney to help you receive the compensation you are entitled to.

Serious accidents cause about 9% of their survivors to develop serious PTSD symptoms and countless others to experience milder reactions. Post Traumatic Stress Disorder is an anxiety disorder that is triggered by a catastrophic traumatic event. While it has been widely known for centuries that soldiers returning from war suffered from severe anxiety, the condition was not named nor medically recognized until after the Vietnam War.

A person who develops PTSD after a car accident will show a variety of different symptoms. They could be plagued with flashbacks or unable to stop thinking about how it occurred. Certain triggers such as loud bangs or news reports will cause the symptoms to worsen. Sleep disturbances are common and some will even avoid sleep because of distressing dreams. Even the ordinary act of entering a vehicle could be met with anxiety. Car accident-related PTSD can cause the patient to develop driving phobias and even problems as a passenger. This is a serious disorder that has a great impact on the victims’ life.

Proving a mental condition as a result of a car crash is not an easy feat. While PTSD is a well-known disorder, many still believe that it will dissipate on its own. While true in mild cases, severe PTSD typically needs psychiatric treatment and in some cases prescription medication in order to ease the symptoms. An attorney will need to show the defense your medical record and provide sworn statements from accepted experts as to the development and current state of your illness as well as the possible prognosis. Jurors in a case involving a Missouri driver found his claim of PTSD convincing, awarding him $650,000 for damages and cost of psychological treatment.

Physical pain and injuries are fairly easy to recognize and accept as a result of a wreck. Proving mental anxiety is difficult and may require testimony from family and friends who knew the plaintiff prior to the event. Consult with a car accident attorney if someone you love has developed a significant change in behavior since their car accident. Post-traumatic stress disorder has the potential to be just as debilitating as a broken bone. The patient deserves to be treated for it, and the liable driver should be responsible to provide compensation for that.

St. Louis Lyft Accident Lawyer Talk to a Lawyer for Free 24/7 at (314) 361-4242 ::  We Help Lyft Accident Victims Get the Compensation They Deserve An accident with a Lyft driver can leave … END_OF_DOCUMENT_TOKEN_TO_BE_REPLACED