Avoiding these five distractions while driving will decrease your chances of being involved in a car accident. 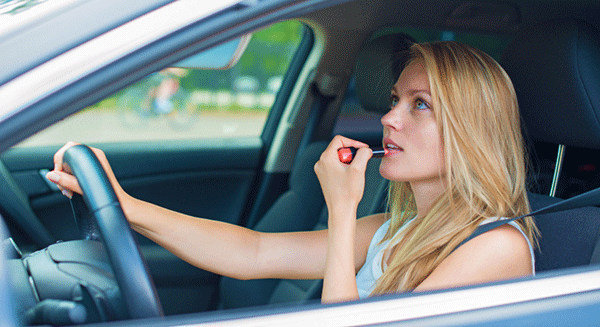 It is vital that drivers concentrate on the road and the traffic around them. If your sight gets diverted to some other direction an accident might result. It has been proven that distraction while driving an automobile is a major cause of road accidents. Apart from using a cell phone while driving, there are various other secondary tasks which cause distraction and result in impaired driving performance. The following are five of the most dangerous distractions that cause car accidents in St. Louis and around the country.

Trying To Reach For Objects Inside The Car

Reaching out, while driving, to pick up a cell phone, or a cup of coffee, or something that has fallen on the floorboard, is considered a common form of driver distraction; however, most drivers do not agree with this. They consider it is alright to reach out for stuff or hand over stuff to co-passengers while driving. It should be known that being attentive is vital, especially when you are driving at high speeds and in high traffic congestion.

Watching Something Outside The Car, But Not The Road Ahead

Drivers generally have a tendency to look at auto accidents, advertisement billboards, or even the scenery, while driving. It causes a distraction as the driver’s attention fails to be on the road and the traffic ahead, and this can lead to an accident. Drivers should always resist looking at objects outside the vehicle which are not related to driving.

Whether you are reading a text message, a map, or a newspaper, your concentration gets diverted away from driving and this can be quite catastrophic. While trying to read a map or a newspaper, your hands may be off the wheel for a while and this distraction may result in an accident. It is always advisable that if you need to read something while on the road, you should pull over to a safe area.

A study conducted by Virginia Tech Transport Institute has brought out that applying makeup or even a touch up increases your risk of crashing a car by three fold..

Educating drivers on the importance of avoiding distractions is vital. If you have been involved in an accident with a driver who was distracted, contact our law firm immediately to discuss your case for free and learn about your legal rights.

St. Louis Lyft Accident Lawyer Talk to a Lawyer for Free 24/7 at (314) 361-4242 ::  We Help Lyft Accident Victims Get the Compensation They Deserve An accident with a Lyft driver can leave … END_OF_DOCUMENT_TOKEN_TO_BE_REPLACED