On April 7, Saint Genevieve woke up to the tragic news of the death of two teenage girls resulting from a car accident. 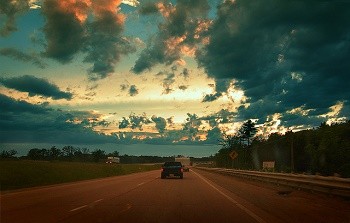 The car accident that killed two teens and injured another was caused by over speeding. The three victims of the car accident were students of Genevieve High School. The accident occurred while the students were driving a 1999 Grand AM on Interstate 55. The Missouri State Highway Patrol reported that the 17-year-old teenage driver was driving too fast and lost control, and struck a tree, careening over a drop off on the side of the road. The driver was killed on the spot of the car crash.

Genevieve High School provided grief counselors for the students. This is not the first such tragedy that the school has suffered. Last year, one of their seniors was killed in a farming accident. This year, three siblings, one of whom was the recent graduate of the school, were killed in a car crash.

Drivers in the age group 16 to 19 years are at a four times greater risk of a car accident than older drivers belonging to the age group of 25-69 years. There are several reasons that may lead to car accidents involving teens. Inexperience, texting, and other distractions, over-excitement about their newfound freedom, or intoxication can cause such accidents.

A car accident can be traumatic to everyone involved in it, including the family members of the victims. If the car crash was caused by another person’s negligence, they can be held accountable and made to pay damages. It is in the best interest of the victim or their family to consult an experienced Missouri car accident lawyer to negotiate with the insurance company and claim damages from the party at fault.  Contact The Hoffmann Law Firm, L.L.C. at (314) 361-4242 for a consultation.

St. Louis Lyft Accident Lawyer Talk to a Lawyer for Free 24/7 at (314) 361-4242 ::  We Help Lyft Accident Victims Get the Compensation They Deserve An accident with a Lyft driver can leave … END_OF_DOCUMENT_TOKEN_TO_BE_REPLACED