Drunk driving is not only risky for the person who engages in the act but is also a common cause of car accidents. 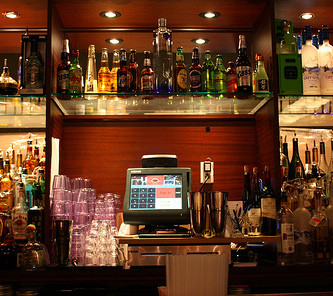 Quite often, drunk drivers are not completely aware of their level of intoxication. Even a relatively small amount of alcohol can seriously impair the ability of a drive to see, hear, identify, and react to risks. Here is a small guide on drunk driving accidents.

When Is a Driver Considered Drunk?

In Missouri, the legally permissible age for drinking is 21. If someone under the age of 21 is caught driving after consuming alcohol they can be arrested. In Missouri, there is no open container law (31 localities have a local law restricting this), which means in general passengers can drink as long as the car’s driver is not drinking.

The severity of the car crash usually depends on the level of intoxication of the driver. No matter how severe the car crash, if someone is involved in an accident with a drunk driver, they deserve to be compensated for any injuries or damage sustained in the crash.

Anyone who is found to have a blood alcohol content that exceeds the legally permissible limits can be punished under Missouri law. The punishment may range from a fine to their license being revoked, or even jail time. Apart from other things, the penalty the offender gets will often depend on whether it was the first offense, second, or if the driver is a repeat offender.

Under the Missouri Dram shop law, the victim of a car crash caused by a drunk driver can sue a licensed drinking establishment if the establishment knew or should have known that it was serving alcohol to a person under 21 years or to a visibly intoxicated person.

It may appear that some drunk drivers may be driving their vehicle safely. However, drivers who are heavily intoxicated tend to lose control of their vehicle and can be easily spotted because of the way they drive. There are a few signs that may indicate someone is a drunk driver. Be cautious if you observe the following:

If you get involved in a car accident caused by a drunk driver, you should immediately consult with a Missouri car accident lawyer to discuss your legal rights and to seek fair compensation for your loss.

At The Hoffmann Law Firm, we have over 20 years of experience and understand the pain and frustration victims of St. Louis car accidents go through following an accident. We would be happy to evaluate your case for free and work to get you the full amount of compensation you are entitled to under Missouri law.

St. Louis Lyft Accident Lawyer Talk to a Lawyer for Free 24/7 at (314) 361-4242 ::  We Help Lyft Accident Victims Get the Compensation They Deserve An accident with a Lyft driver can leave … END_OF_DOCUMENT_TOKEN_TO_BE_REPLACED