When you purchase an insurance policy, you do so with the idea that they are going to act in your best interest. 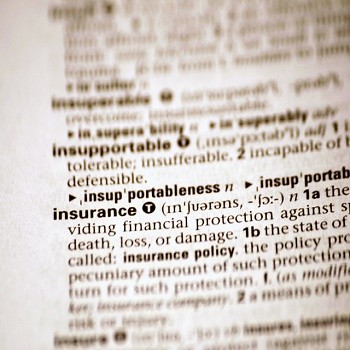 The problem is, insurance is a business just like any other whose goal is to make money. When you are suddenly costing them a large sum they may be reluctant to pay. Fortunately, the laws recognize this and will punish an insurance company that acts in bad faith. If you were injured and the insurance adjuster is making an offer that is nowhere near the cost of your damages, contact a Missouri personal injury attorney immediately.

The First Phone Call to Make

First of all, you should never speak with an insurance claims adjuster after an accident. Your first phone call should be to a Missouri personal injury attorney. After that, all inquiries by the insurance company can be directed to him. The insurance adjuster has a specific job to do, and that is to keep the payout at a bare minimum of what you may be entitled to. When they call or go see you, they are not checking on your injury, they are trying to glean damming information.

Once an insurance company accepts a policy, it has a duty to provide good faith and fair dealings with the policy holder. If they violate this duty the policy holder has the right to file a lawsuit against them. Even though this right lies with the defendant, the statute will still benefit you. An astute Missouri personal injury attorney will use this as leverage if an insurance company is being unreasonable with the settlement process.

A Lawsuit in Missouri

For example, in a case that took place in Missouri, a lawsuit was filed against a homeowner who had hired a day laborer to do some work. The laborer fell and suffered a permanent disability to his hand. The plaintiffs request for the $100,000 policy limit as a settlement was rejected by the defense despite there being an obvious deformity from the accident. It was asked of the defendant to file a bad faith suit, but he refused even though this left him open to a verdict that would exceed his policy limits. Which is exactly what happened. Instead of forcing his insurance company to pay the $100,000 he now faced a verdict against him in the amount of $1.1 million dollars.

Not Just a “Little Guy’s Court”

It is not easy for an insurance company to defend themselves in a bad faith case which is why this tactic normally works very well for the plaintiff. Their request will then normally be met so that the insurance company can avoid being sued by its own client.
We often think of civil lawsuits as the little guys court, but the reality is that most of the time the defense is a very big insurance company with large pockets. Trying to fight them without the benefit of a Missouri personal injury attorney and his years of experience is fruitless. Call The Hoffmann Law Firm, L.L.C. at (314) 361-4242 today if you have recently been injured and would like to pursue compensation.

Uber Lawyer Uber carries third party liability coverage which pays up to $1 million for injuries and damages. This insurance also protects you, the passenger. What Can You Expect To Get If … END_OF_DOCUMENT_TOKEN_TO_BE_REPLACED