You are here: Home / Car Accident / Should You Sign a Release of Claims Form After a Car Accident?
Updated: May 19, 2021

Talk to a lawyer for Free 24/7 (314) 361-4242 : Once a settlement agreement has been reached, the insurer might ask you to sign something called a release of claims form. 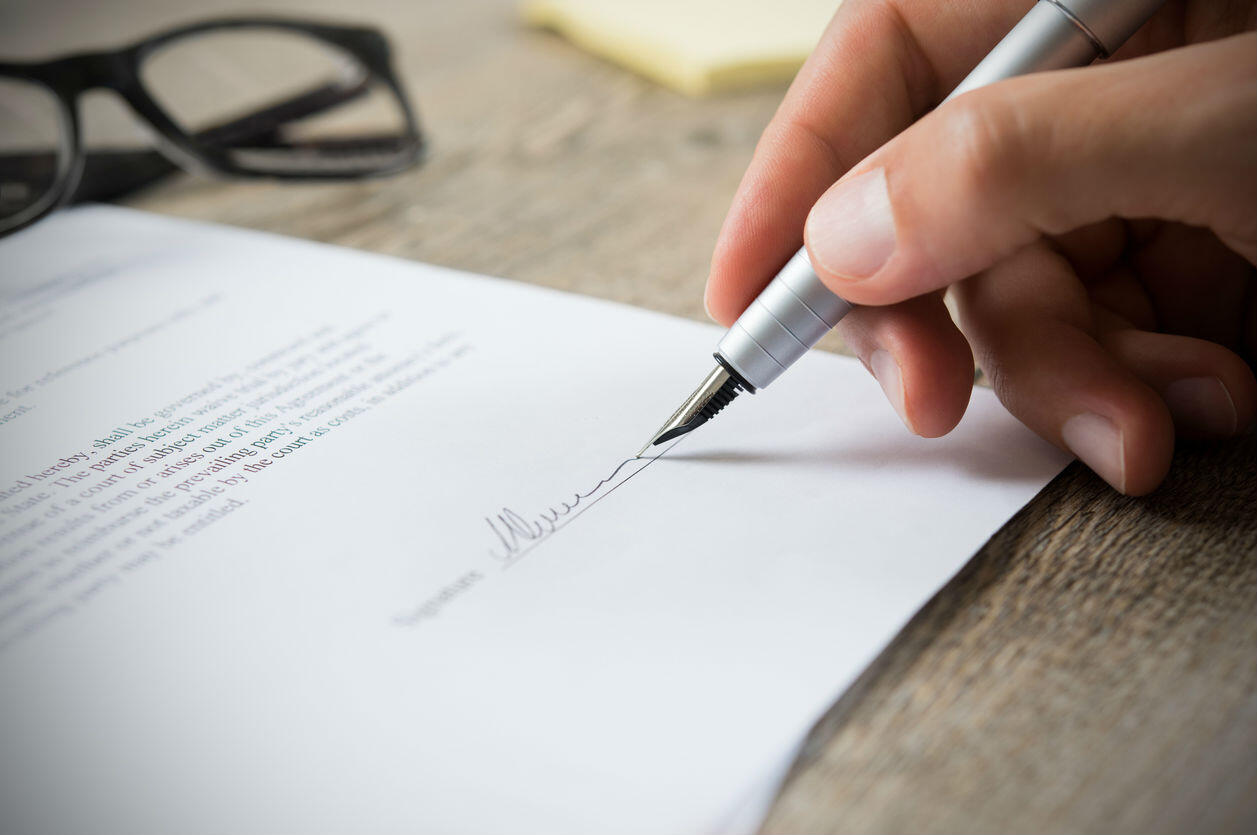 If you are in a car accident and someone else is at fault, their insurance company is generally responsible for covering the cost of your injuries and damages. Many auto accident cases don’t go to trial. Instead, the parties involved are usually able to reach something called a settlement agreement. This is an agreement that the plaintiff is awarded a specific amount of money, and they agree to release the insurer from any further liability in the case. Foregoing a trial, the plaintiff signs a waiver in exchange for the amount that is agreed upon.

“Should I Sign a Release of All Claims Form?”

Before you agree to any settlement, it is highly recommended that you have an experienced St. Louis car accident lawyer look over the paperwork to ensure that you know exactly what your rights and responsibilities are. Don’t ever sign anything until you have had an experienced attorney review the document.

What is a Release of All Claims Form?

Once a settlement agreement has been reached, the insurer might ask you to sign something called a release of all claims form before compensating you. The form is a release that gives the insurer protection against any further action related to the case. It essentially releases the insurance company from responsibility. The plaintiff will typically be required to sign the form to prevent them from pursuing compensation for any further damages or injuries related to the accident. They can also be called liability waiver forms.

What to Do Before Signing a Release of All Claims Form

Before you sign any release or claim form, it is recommended that you have an experienced attorney look it over. If something isn’t included or something unforeseen should happen, you will generally have no recourse to collect compensation once you’ve signed a release of claims form. Another important thing to do before reaching any agreement with an insurer is to wait until all medical procedures and care are completed and you are stable. Not until you have had your medical condition evaluated can you know what potential problems could arise later on.

Insurance companies generally have only one goal in mind: to minimize the amount they have to payout. They will often try to settle a claim quickly and have you sign a release so that they will be released from any further liability in the case. Sometimes plaintiffs get worried that if they don’t take the settlement, the case can be drawn out for a long time, so they end up settling for less than they should. There is almost always room in the settlement for negotiation, which is why it is a good idea to have an experienced St. Louis car accident attorney on your side.

Why Speak With a Car Accident Lawyer?

Once a settlement is reached and agreed upon, you will likely have to sign a release of all claims form to get compensation. If you receive the full amount you are entitled to, you should have no fear of doing so. However, make sure not to sign anything without having a St. Louis auto accident lawyer read through it and advise you whether it is a fair settlement.

St. Louis Lyft Accident Lawyer Talk to a Lawyer for Free 24/7 at (314) 361-4242 ::  We Help Lyft Accident Victims Get the Compensation They Deserve An accident with a Lyft driver can leave … END_OF_DOCUMENT_TOKEN_TO_BE_REPLACED