The design alone makes a motorcycle much more susceptible to accidents than other motor vehicles, even when no other cars are involved. 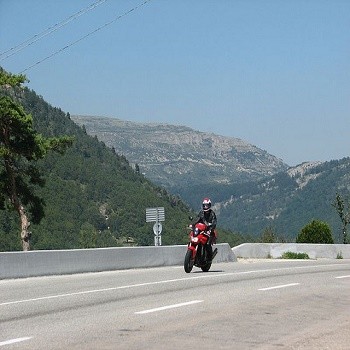 Defects and debris in the road affect the way a motorcycle is handled, plus it does not have the maneuverability of a car to react to sudden obstructions. So how can a motorcyclist expect to pay for medical costs if they are injured in a single vehicle accident? A Missouri motorcycle attorney will look into all possible negligent parties as well as your own insurance to determine what is the best option in your case.

In some motorcycle crashes, claims may be made against a government agency responsible for highway maintenance and repair. Unlike cars, motorcycles can easily spin out of control from uneven pavement or breaks in the roadway. Even a puddle of standing water can make a bike lose its traction and tip over. A Missouri motorcycle lawyer will want an exact description of the scene of the accident to see if the town or municipality was negligent in keeping its roadways safe.

Poor road design can also lead to a motorcycle crash, especially when there are unmarked sharp turns or curves. Even when traveling at the recommended speed limit, a motorcyclist will have difficulty keeping the bike erect if they are suddenly forced to sharply turn. If there is a known history of similar crashes in the same spot, then it could be proven that the government agency in charge of that road knew of the risk and negligently chose to ignore it.

Debris Left in the Road

Several factors can affect a case where an unforeseen obstruction caused a motorcycle to crash. Where the item came from will be the first question. The owner of debris left in the road from a broken muffler are probably long gone. If a motorcycle crashed into a guardrail while attempting to avoid it, the only option may be to file a claim against their own liability insurance.

Famed American motorcycle racer Kurt Caselli recently lost his life in a crash that reportedly was due to an animal in his path. While this was an off-road accident, the risk of an animal suddenly appearing on a US highway is high. Motorcyclists know that colliding with a large, heavy animal such as a deer could be fatal for both, so most will quickly maneuver in order to avoid the collision. That sudden movement may keep the animal safe, but puts the driver at risk for crashing. Such was the result for a Missouri motorcyclist whose unsuccessful swerve maneuver to avoid a cow in the road caused him severe back and neck injury. With no one other than a cow to be found at fault for the accident, the driver had to settle with his own insurance carrier for $425,000 in order to pay for the cost of treating his injuries.

Do not let the absence of an obvious guilty party keep you from seeking compensation if you have recently been injured in a single vehicle motorcycle collision. The Hoffmann Law Firm, L.L.C.  may be able to show you how you may be able to recover those damages.

St. Louis Lyft Accident Lawyer Talk to a Lawyer for Free 24/7 at (314) 361-4242 ::  We Help Lyft Accident Victims Get the Compensation They Deserve An accident with a Lyft driver can leave … END_OF_DOCUMENT_TOKEN_TO_BE_REPLACED