You are here: Home / Car Accident / The Dangers of Side-Swipe Accidents
Updated: March 12, 2019

Even with side-impact airbags, there is still the possibility of damage to the legs, internal organs, and your head.

Many people often assume that a sideswipe collision only results in minor injuries and damages. But the fact is, most sideswipe accidents lead to the opposite results. Many drivers often lose control of their vehicle in this type of accident, resulting in potentially tragic consequences. 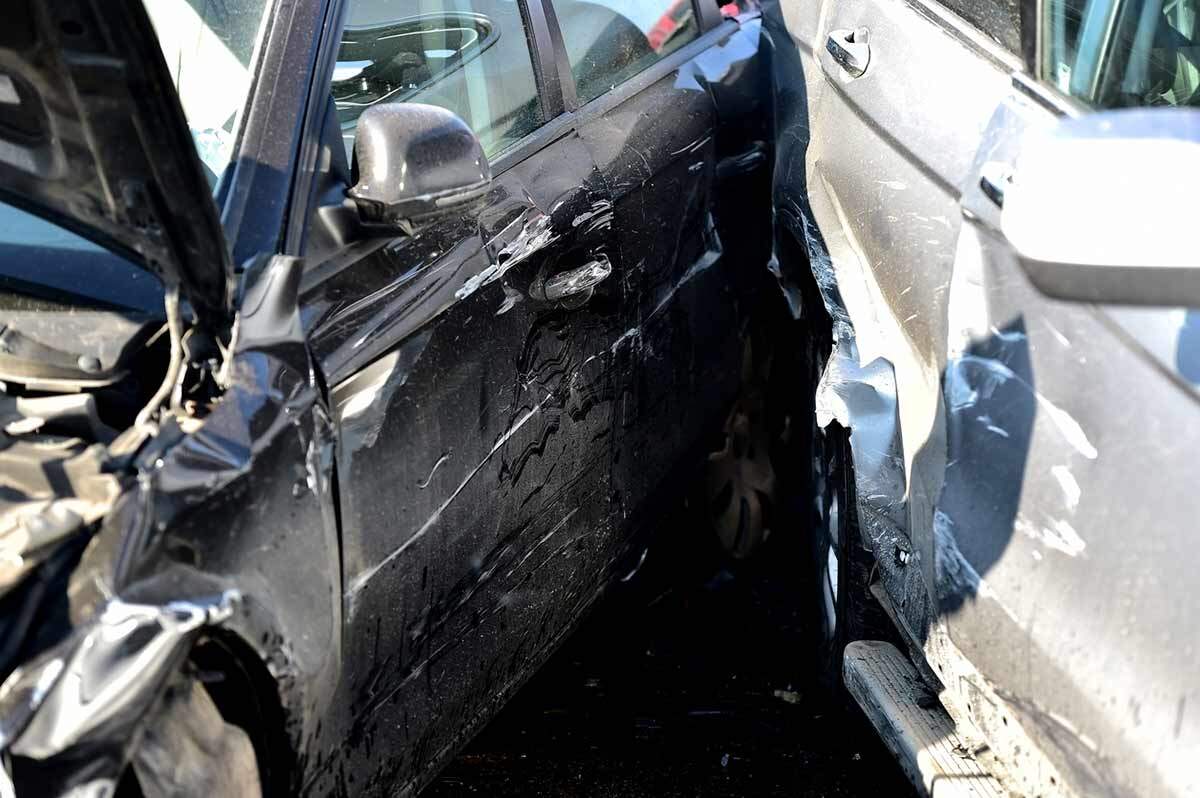 The majority of sideswipe car accidents occur when two vehicles are driving next to each other and one of them begins moving in the other driver’s lane. This may happen because one of the drivers got distracted by something or maybe they failed to look before attempting to change lanes.

However, two vehicles don’t necessarily need to be involved. This occurs when a vehicle side-swipes an inanimate object like a barrier. But the initial swiping is generally just the beginning of a more serious accident. The after-effects of a sideswiping collision are typically due to the fact that the driver overreacts by over-steering or swerving too quickly. This is often how roll-over accidents happen.

Another way in which sideswipe collisions occur is when a driver overreacts to a road hazard or impending accident with another car. For instance, someone may be trying to avoid a rear-end collision with the car in front of them and end up sideswiping the side of a second car next to them. Therefore, the negligent action by one driver may end up resulting in a side-swipe accident, causing the other driver to drive off the road into a stationary object or other vehicles. No matter what the cause, the damage to the vehicle and injuries sustained could be severe.

What is the Primary Cause of Side-Swipe Accidents

The primary cause of most sideswipe accidents is distraction. It can be difficult to determine who is at fault for the accident due to their very nature. The most common reasons why a driver may become distracted include:

Insurance companies often dispute paying for injuries that occur due to sideswipe accidents. This is why it’s important to contact a St. Louis car accident attorney if you have been involved in a sideswipe collision.

What are the Dangers of Sideswipe Car Accidents?

For most cars, the majority of the protection for the driver and passengers is located at the front and back of the vehicle. When a sideswipe accident occurs, the vehicle or object that collides with yours ends up being just inches away from your body. Even with side-impact airbags, there is still the possibility of damage to the legs, internal organs, and your head.

When high speed is involved, a car can be pushed into another lane of traffic or off of the road, causing a front or rear-end collision. Depending on the severity of the crash, your injury could far exceed what you can afford to pay in medical bills.

St. Louis Lyft Accident Lawyer Talk to a Lawyer for Free 24/7 at (314) 361-4242 ::  We Help Lyft Accident Victims Get the Compensation They Deserve An accident with a Lyft driver can leave … END_OF_DOCUMENT_TOKEN_TO_BE_REPLACED