It is a fact that driver distraction is one of the leading causes of car accidents not only in Missouri but in the entire United States. 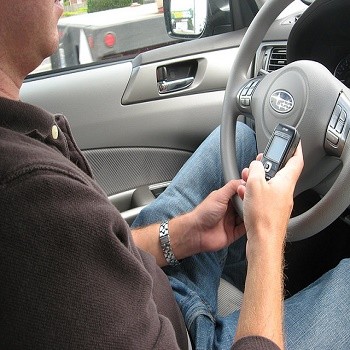 A driver may be distracted by passengers, music playing in the car, other vehicles on the road, or simply by electronic devices. Many individuals have become so addicted to cell phones that they choose not to put them aside while driving. Quite often, drivers read or send text messages, check email, or surf the internet while driving. This takes away the driver’s attention off the road, causing an accident.

Adult Drivers Are Texting and Driving

Two Out of Three Drivers Are Distracted While Driving

As a part of the 2013 Traffic Safety Culture Index, the foundation collected data from a sample of 2,325 licensed drivers ages 16 and older. St. Louis car accident attorneys inform us that the most startling revelation was that two out of three drivers admitted to using a cell phone while driving in the last month. Even more shocking is the fact that more than 40 percent of adults, ages 25 to 39, reported using a mobile phone while driving fairly regularly as compared to only 20 percent of teenagers. Older drivers, ages 60 and above, were least likely to admit to using a cell phone. The report mentions that more than one in four drivers reported sending an email or text message while driving during the last month.

In spite of the alarming number of people who text while they are behind the wheel, a large number of motorists understand that doing so can be downright dangerous. The study established that 88 percent of drivers believe that distracted driving has become a bigger problem now than it was about 3 years ago.

Everyone Agrees Distracted Driving is Dangerous

Also, close to 89 percent of motorists believe that other drivers talking on a mobile phone behind the wheel is a grave threat to their safety. All respondents agreed that other motorists emailing or texting while driving is again a serious threat. It is quite surprising that while everyone agrees that using a cell phone for texting or emailing while driving can be dangerous, there are few people who avoid doing so.

According to The National Highway Traffic Safety Administration, one-tenth of fatal road accidents are caused by distractions that result in more than 3,000 deaths annually. St. Louis car accident attorneys believe that stringent legislature is required to curb the use of electronic devices while driving.

If anyone close to you has been injured in an accident caused by a distracted driver, consult with The Hoffmann Law Firm, L.L.C. at (314) 361-4242 right away.

St. Louis Lyft Accident Lawyer Talk to a Lawyer for Free 24/7 at (314) 361-4242 ::  We Help Lyft Accident Victims Get the Compensation They Deserve An accident with a Lyft driver can leave … END_OF_DOCUMENT_TOKEN_TO_BE_REPLACED