Missouri is known for its beautiful landscapes and tourist attractions. 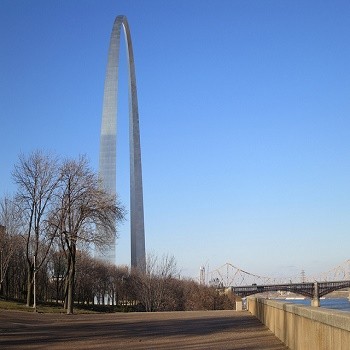 Thousands of motor vehicles drive on Missouri roads every day, so auto accidents are not uncommon. Car accidents can have a lasting and devastating effect on the lives of victims and their families. In most cases, car accidents are a result of preventable causes such as distracted driving, speeding, or driving under the influence. The other contributing factors could be poor road or weather conditions.

St. Louis car accident lawyers have compiled some facts pertaining to car accidents in Missouri, and these facts are nothing short of startling.

• According to the latest statistics, more than 70 percent of the people who are killed in Missouri car accidents are not wearing a seat belt.

• In the United States, 85 percent of drivers and passengers wear a seat belt. However, in Missouri, the average is only 79 percent.

• St. Louis car accident lawyers believe that distraction is a leading cause of serious auto accidents not only in Missouri but in the entire United States. According to a study published by Monash University, drivers who use electronic devices are 4 times more likely to get involved in crashes that cause injury.

• Traffic crashes are the leading cause of death in the age group 15 to 20 years.

What Are Your Legal Options?

If you have become a victim of a car accident in Missouri, consult with The Hoffmann Law Firm, L.L.C. at (314) 361-4242. We will educate you about your legal options and suggest the best course of action to claim all the rightful damages that you deserve.

St. Louis Lyft Accident Lawyer Talk to a Lawyer for Free 24/7 at (314) 361-4242 ::  We Help Lyft Accident Victims Get the Compensation They Deserve An accident with a Lyft driver can leave … END_OF_DOCUMENT_TOKEN_TO_BE_REPLACED