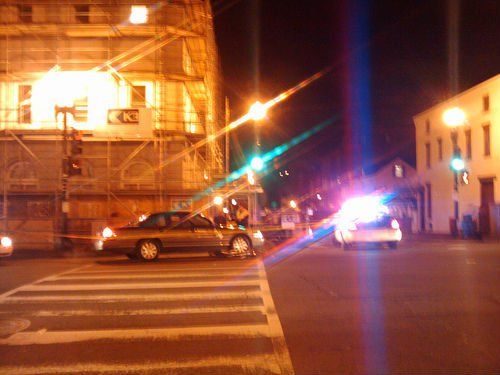 In a tragic story, a dentist who was biking in a rural area has been killed in an accident involving a vehicle.

The driver, a 27-year-old female, was arrested for her alleged role in the fatal accident involving a 71-year-old dentist.

Since the woman has a relative in law enforcement, a special prosecutor will be assigned to the case, and the County District Attorney has announced that he has sent correspondence to three counties searching for an impartial prosecutor in the case. The next scheduled court appearance is on July 16, giving the prosecutor plenty of time to look over the reports submitted by the sheriff’s office and to make a decision on the charges.

As this is a criminal investigation, the female driver may face up to 20 years in prison if convicted of vehicular homicide, depending on what level of homicide the court finds her guilty of.

Whether or not she is found guilty of homicide, the family of the deceased may decide to file civil charges for wrongful death. In this case, the family would seek the counsel of a qualified car accident attorney who would then guide them through the legal system as they pursued a judgment. Typically in wrongful death cases, plaintiffs seek upwards of $5 million dollars, the amount partially determined by the amount of money the recently deceased would have earned had they not been wrongfully killed.

A car accident lawyer who knows how to pressure a defendant can often turn directly to the ones with the biggest pockets, usually insurance companies. If this woman was not carrying insurance at the time of the accident, which is likely, considering she was on the revoked license list, it would be difficult to find an insurer liable. Another scenario might involve suing the county for the wrongful death, possibly by citing poor road conditions or some other obligation that the county failed to respect.

For the time being, this woman has an upcoming criminal court date which carries a potentially greater sentence than any imposed by a civil court. If the case makes it to trial, the family of the 71-year-old man will have the opportunity to address the court to give what is known as a “victim impact statement.” This statement is used to determine the extenuating circumstances in the case of a homicide.

As this case and others illustrate, car accidents are unpredictable and the results can be fatal. If you have been injured in a car accident in Missouri, it is important to have an experienced lawyer on your side. The lawyers at The Hoffmann Law Firm, L.L.C. have the knowledge and resources necessary to successfully defend the rights of those injured in Missouri car accidents. Contact us by calling (314) 361-4242 and scheduling a free consultation.

St. Louis Lyft Accident Lawyer Talk to a Lawyer for Free 24/7 at (314) 361-4242 ::  We Help Lyft Accident Victims Get the Compensation They Deserve An accident with a Lyft driver can leave … END_OF_DOCUMENT_TOKEN_TO_BE_REPLACED