You are here: Home / Car Accident / Driving Under the Influence: How Does It Cause Car Accidents?
Updated: December 19, 2016 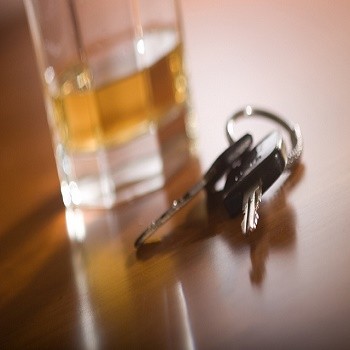 Driving requires you to focus on a number of tasks at the same time including speed control, traffic signals, signs, lane positions, and what other drivers on the road are doing. However, an alcohol impaired driver fails to concentrate on all the tasks, and commits one or the other mistakes that leads to a car accident.

Alcohol Adversely Affects the Reaction Time of the Driver

Missouri car accident attorneys inform us that even a low blood alcohol content of .02 percent can substantially increase the reaction time of the driver. A delay of even seconds in reacting to a particular situation can cause an accident.

Alcohol impaired drivers are unable to comprehend road and traffic hazards and react to them in time. Alcohol substantially impairs the decision making ability, and the driver fails to decide on the appropriate way to react to a particular hazard. In case of an emergency, impaired drivers become confused and fail to react causing an accident.

Alcohol affects both fine and gross motor skills of the driver, leaving them incapable of reacting appropriately to situations.
Missouri car accident lawyers want to appeal to all  drivers that they must avoid driving under the influence at all costs. In case you have had a drink or two, you should get a designated driver to drive you home. Even though you may feel that you have all your senses and can drive back home safely, do not attempt the feat, as you will put many lives at risk.

If anyone in your family has become a victim of a car accident involving an alcohol impaired driver, contact The Hoffmann Law Firm, L.L.C. at (314) 361-4242. We will help you receive all the compensation that you rightfully deserve. If required, we will also help file a lawsuit to claim damages for all the losses that you have suffered.

St. Louis Lyft Accident Lawyer Talk to a Lawyer for Free 24/7 at (314) 361-4242 ::  We Help Lyft Accident Victims Get the Compensation They Deserve An accident with a Lyft driver can leave … END_OF_DOCUMENT_TOKEN_TO_BE_REPLACED