You are here: Home / Car Accident / Staying Off the Roads in Unfavorable Conditions
Updated: August 9, 2018

When an accident involves immense vehicles such as semi-trucks, many times serious injuries or fatalities are the result. 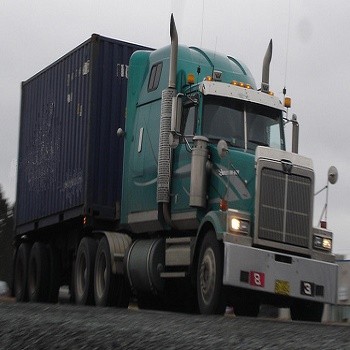 To avoid these types of collisions it is important to take the advice of staying off the roads when driving conditions are dangerous. Even in unfavorable conditions semis will still be out on the road, many times because they want to stay on schedule. These vehicles are at a distinct disadvantage when it comes to braking and stopping quickly, and this only increases when roads are icy. Drivers are advised to wait out a storm rather than drive in it if weather conditions cannot be trusted.

An early morning accident occurred when two semi-trucks collided with each other. One driver attempted to pass another semi driver as they were travelling down an incline and the road was icy; the truck slid into the side of the other truck. Both of the semi-trucks then slammed into the median.

An officer happened to be nearby when the accident happened. After he witnessed the crash he was the first to respond. As the officer was talking to the truck drivers and making a report, another truck driving on the same ice slid into the semi’s. The third truck was a sand truck. Yet another truck, a third semi, almost crashed into the already growing accident scene, but the officer saw the approaching semi and waved for it to pass by without slowing down.

The responding officer says it was a close call that he was not struck by the sand truck and he requested that the highway be shut down at the next exit to avoid further accidents until this one could be cleared. Unfortunately, it was still raining and efforts to salt the roads were futile because the ground kept freezing over.

Weather conditions caused a 19-vehicle accident which included seven semi-trucks. One semi-truck burst into flames following the accident, but thankfully it was not transporting hazardous materials. After the accident, ten individuals were transported to several hospitals with non-life threatening injuries.

If you or a loved one has been in an accident involving a semi-truck, contact The Hoffmann Law Firm, L.L.C. at (314) 361-4242 to discuss your case and your options. We may be able to help you obtain compensation for damages and injuries sustained in a truck accident. Medical expenses, lost wages, property damage, etc. can all add up very quickly and add to the stress you feel as you try to recover and return to your normal life.

St. Louis Lyft Accident Lawyer Talk to a Lawyer for Free 24/7 at (314) 361-4242 ::  We Help Lyft Accident Victims Get the Compensation They Deserve An accident with a Lyft driver can leave … END_OF_DOCUMENT_TOKEN_TO_BE_REPLACED