You are here: Home / Car Accident / Factors Involved in a Head on Collision
Updated: October 9, 2020

Head on collisions are one of the most dangerous car accidents.

In early October of this year 2 people died on Missouri 39 after their vehicle was struck by another that had crossed the center line and collided with them head on. Head on collisions are one of the most dangerous car accidents, almost always resulting in some form of serious injury or death to the drivers and their passengers. Crossing the center line is the most frequent cause of this type of collision. 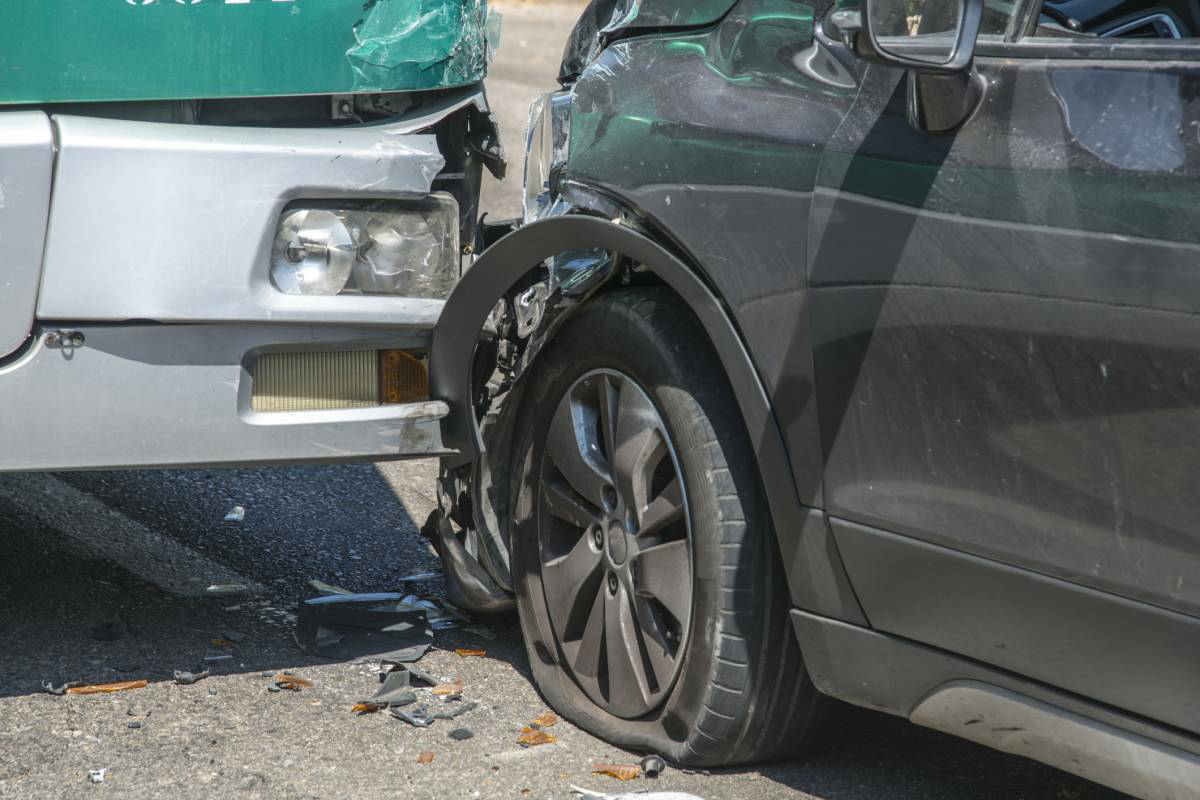 How Head On Collisions Happen

Historically, head on collisions make up a small percentage of all traffic accidents, and yet account for a significant amount of crash related fatalities. The reason behind the smaller number of collisions is that both drivers see the impending crash and have a chance to react defensively before it occurs. Unfortunately, when high speed is involved reaction time is shortened and the odds of collision increase. The high speed involved explains the disproportionate number of fatalities.

The most common cause of a head on collision is what is known as a lane-departure crash. A vehicle strays out of their lane, head on into oncoming traffic. Typically we see these accidents more often on smaller highways that have no barriers dividing the lanes. The Fatal Analysis Reporting System, or FARS, shows that in 1999 75% of all reported head on collisions occurred on undivided, two-lane, rural highways.

In just about every imaginable circumstance that could lead to a head on collision one of the motorists involved had to make an unintentional maneuver. The National Safety Commission reports that 63% of head on collisions can be traced back to a driver that was either distracted, impaired or asleep behind the wheel. Since most of these accidents take place on highways, the drivers in the oncoming traffic lane have little time to avoid the collision due to the speed at which they are driving. Vehicles colliding head on at speeds of 55 mph or more will provide little protection to their occupants. Serious injury is unavoidable. Talk to a St. Louis car accident attorney today if you were the victim of this type of car crash. You have a right to be compensated for the pain and suffering that resulted from another drivers negligence.

A million dollar settlement was reached for a Missouri woman whose head and lower extremities were injured in a head on collision. Her vehicle was hit by another that had crossed the center line. There is no limit to the number or type of injury that can result from a head on collision. Bone fractures, head traumas and internal organ damage are all possible injuries that can be sustained. Multiple surgeries may be required and recovery time will be long and involve additional therapy. Keep copies of all of your medical records and bills and submit them to your attorney for review.

Sadly, the two individuals in the southwest Missouri accident were pronounced dead at the scene while the driver of the car which crossed the center line was severely injured. The families of the victims may seek compensation with the help of a car accident attorney, but their loved ones lives’ can never be replaced.

St. Louis Lyft Accident Lawyer Talk to a Lawyer for Free 24/7 at (314) 361-4242 ::  We Help Lyft Accident Victims Get the Compensation They Deserve An accident with a Lyft driver can leave … END_OF_DOCUMENT_TOKEN_TO_BE_REPLACED