The snow and ice storms across the country and in Missouri have caused many accidents to occur.  Slowing down is good advice. 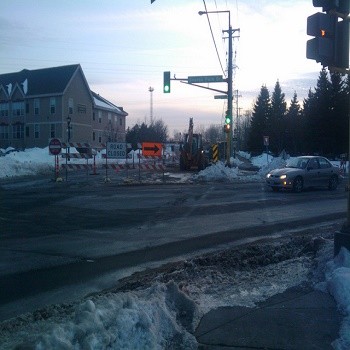 In addition to slowing down, eliminating all distractions that could take your attention off of the road is also necessary. This is especially important at night when it is more difficult to spot icy patches in the road or safely navigate turns.

Driving on Snow and Ice

Winter driving when there is snow and ice involved should be much slower, more cautious, and drivers should keep plenty of space between them and other vehicles. Be very careful when driving around turns or on hills, and keep an eye out for accidents, plows, or construction zones where you may have to adjust your speed or change lanes.

A Student Loses Control of Their Vehicle

Two students from Northwest High School died in a car crash on Saturday, February 15. The boys, Matthew Roskowske, 18, and Cameron Stewart, 15, were good friends. They were driving together when suddenly the vehicle crashed on Saturday night.

According to the Missouri State Highway Patrol, Roskowske was driving and Stewart was a passenger. Police still do not know what caused the accident, but identified skid marks, which showed where the car went off the road before crashing into several trees and flipping over. Police say that Stewart was wearing a seat belt. The Missouri State Highway Patrol has said that the investigation is ongoing. Both boys were transported to separate hospitals for treatment, where each were pronounced dead.  One parent who knew both boys speculated at a vigil held Sunday night that the crash could have been caused by black ice, and he urged kids to slow down and be cautious.

When Accidents Do Happen

While you can make sure that you are especially diligent when driving conditions are not ideal, you cannot control the behavior of other drivers and sometimes accidents do happen. If you are involved in a car accident caused by the reckless behavior of another driver, contact The Hoffmann Law Firm, L.L.C. at (314) 361-4242 as soon as possible to discuss your case. Drivers all share the responsibility of maintaining safety when using Missouri roads for travel. Not adjusting your driving behavior to account for weather or traffic conditions could be considered reckless driving.

St. Louis Lyft Accident Lawyer Talk to a Lawyer for Free 24/7 at (314) 361-4242 ::  We Help Lyft Accident Victims Get the Compensation They Deserve An accident with a Lyft driver can leave … END_OF_DOCUMENT_TOKEN_TO_BE_REPLACED