You are here: Home / Car Accident / The Devastating Effects of Road Hazards on Motorcycles
Updated: March 22, 2018

Coming across sudden obstructions on a roadway is dangerous, but when it comes to trying to maneuver around them on a motorcycle, the result can be catastrophic. 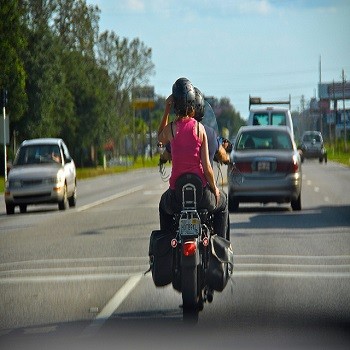 The design of a motorcycle gives it less contact with the road’s surface and therefore less traction, making it very easy for one to become unbalanced or to skid if the driver is suddenly faced with a road hazard. If you have been injured in a motorcycle accident caused by an obstruction or hazard on the road, contact a Missouri motorcycle accident attorney. There are many options to explore in cases such as these.

Debris In the Road

Debris in the road can be anything from fallen leaves to dropped cargo. A motorcycle that comes upon it quickly does not always have time to react properly to avoid a skid or lose control of the bike. Sudden swerving maneuvers on a motorcycle will usually cause it to tip over or spin out of control. If an accident does occur as a result, a Missouri motorcycle accident attorney will want to investigate what the hazard was and how it got to be in the way. Even if no other vehicle was involved in the crash, they may decide to pursue a claim against the person responsible for the debris in the roadway.

$1.2 million was offered to a Missouri couple who were injured while out for a ride on their motorcycle. A pick-up truck was traveling near them when some of the furniture it was carrying began to fall out of the back. With hardly any time to react, the driver swerved quickly to avoid colliding with it, and subsequently collided with another vehicle instead. The husband and wife both suffered massive injuries including multiple bone fractures, some of which required surgery.

Natural debris, such as leaves or standing water, is also dangerous for motorcyclists. These do not affect other vehicles in the same way that it will affect a motorcycle. With that in mind it is good practice for a motorcyclist to master safe defensive maneuver tactics in order to avoid skidding on them.

Be Award of Your Surroundings

The best way to avoid accidents such as these is for the motorcyclist to remain alert at all times. Be aware of your surroundings at all times and watch the road in front of you intensely. If you notice cars up ahead are swerving, it is likely they are avoiding a hazard. Slowly decelerate so that you too can safely maneuver around it. Avoid tailgating to allow yourself plenty of reaction time if the car in front of you swerves around a hazard suddenly. Stay away from trucks, especially if they are carrying cargo in a flatbed. They are also more likely to have a sudden tire blowout while traveling at high speeds. You and your motorcycle want to be far away if that happens.

The at-fault party in these types of accidents may be another motorist or it may be the government entity in charge of maintaining the roadway. When presented with all the facts, The Hoffmann Law Firm, L.L.C. may be able to determine whom to file the claim against in order to ensure that you receive the compensation that you deserve.

St. Louis Lyft Accident Lawyer Talk to a Lawyer for Free 24/7 at (314) 361-4242 ::  We Help Lyft Accident Victims Get the Compensation They Deserve An accident with a Lyft driver can leave … END_OF_DOCUMENT_TOKEN_TO_BE_REPLACED