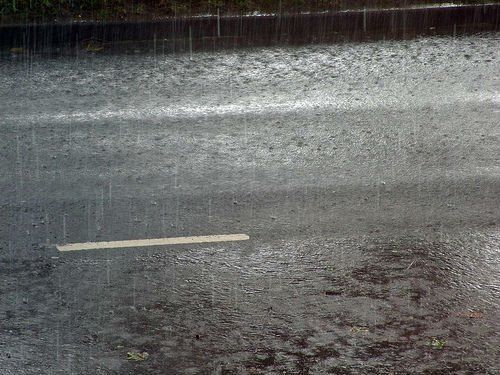 The Missouri State Highway Patrol has reported that a Perry teenager was injured in a single vehicle accident on Thursday, October 3, at 2:58 p.m. The accident happened on Mo. 19, just one mile east of Center, Missouri.

According to the Missouri State Highway Patrol the 16-year-old female was traveling westbound in a 2001 Chrysler PT Cruiser on Mo. 19 when she lost control of her vehicle due to the wet roads. The car veered to the right of the road, went off the road, struck a culvert, and overturned.

The girl was wearing a seatbelt when she crashed. She was injured in the accident and taken to Hannibal Regional Hospital by Marion County Ambulance.

The Ralls County Sheriff’s Department and Center Fire Department were also called in to assist.

Wet roads can cause serious problems. An accident that happened early in August was also blamed on slippery road conditions, according to the Missouri Highway Patrol.

The accident occurred on Wednesday, August 7 on Interstate 35 in northwest Missouri. An Albany, Missouri man was driving in Daviess County around 7:30 a.m when suddenly he lost control of his Chevrolet pickup truck. The truck slid on the pavement, left the pavement through the southbound lanes, went through the grassy median, and ended up over in the northbound lanes, facing the wrong way.

Then the truck collided with the driver’s side of a livestock truck headed northbound. State police say that the Chevrolet pickup truck finally came to a stop on northbound I-35 after slamming into the cab of the livestock truck.

The Missouri Highway Patrol believes that the wet roads were the reason that the Chevy lost control and hit the tractor trailer.

Missouri road conditions are not always predictable. Seasonal weather calls for Missouri drivers to modify their driving to accommodate current road conditions.  In addition to roads that are slick from rain, slippery conditions can be caused by rain mixing with oil and debris on the roads. This can be very dangerous and can cause vehicles to either slide on the slick surface, or hydroplane if there is a buildup of water.

Drivers should always proceed with extra caution if there has been any changes in weather, if it has rained recently, or is currently raining. Many people think that they are in the clear once the rain has stopped, but slippery roads and wet pavement can cause serious accidents if drivers are not cautious. Failing to exercise enough caution can be risky behavior that could injure or harm yourself or another driver.

If you or a loved one has been injured in an auto accident in Missouri, contact a St. Louis car accident attorney at The Hoffmann Law Firm to discuss your legal options. You may be entitled to compensation for damages incurred as the result of the crash.

St. Louis Lyft Accident Lawyer Talk to a Lawyer for Free 24/7 at (314) 361-4242 ::  We Help Lyft Accident Victims Get the Compensation They Deserve An accident with a Lyft driver can leave … END_OF_DOCUMENT_TOKEN_TO_BE_REPLACED