Children are known to not always be aware of their surroundings, therefore, it is expected that drivers of motor vehicles use extra caution in areas with children. 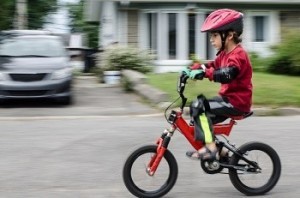 Car accidents can be common in areas where there are lots of children – like schools, parks, playgrounds, and residential areas. A motorist driving through or around such areas must exercise immense caution to avoid injury to children who may be playing nearby. A motorist should ensure to avoid any foreseeable risks for an accident or be ready to undertake actions to protect against the occurrence of an accident.

Why Children Are Vulnerable

Children tend to be curious and they may lack the appreciation of danger. Hence, they are prone to impulsive action and may even run into or across the road when they see an object which interests them. According to the National Highway Traffic Safety Administration, in 2013, five percent of traffic fatalities involving pedestrians were ages 1-14. When an accident involving a child in such a scenario goes to court, the ruling generally states that children in such circumstances are not capable of protecting themselves from being struck by an oncoming automobile.

A motorist is required to follow certain guidelines when passing through such accident-prone areas. The guidelines are:

When a Motorist is Negligent and Harms a Child

In certain accidents, a motorist may not be held liable for the injuries sustained by a child when the negligent acts of the motorist are not the proximate cause of the child’s injuries. Proximate cause is the conduct which is the direct and immediate cause of the injury sustained by a victim, and it is generally the behavior of the child, the actions of the driver, or the negligence of the child’s parent.  Certain negligible actions, such as texting while driving or driving while intoxicated, may leave a motorist open for a lawsuit.

St. Louis Lyft Accident Lawyer Talk to a Lawyer for Free 24/7 at (314) 361-4242 ::  We Help Lyft Accident Victims Get the Compensation They Deserve An accident with a Lyft driver can leave … END_OF_DOCUMENT_TOKEN_TO_BE_REPLACED