You are here: Home / Car Accident / Looking Beyond the Police Report to Uncover the Truth
Updated: August 1, 2019

Accident scenes can be difficult to judge, even for those directly involved. The accident report prepared may be subject to mistakes, making you responsible for an accident that was not your fault. 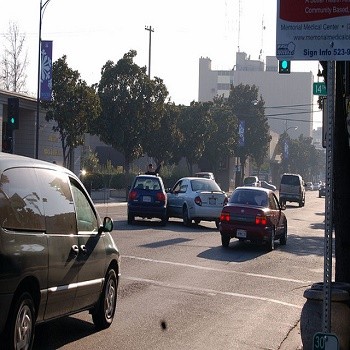 This is especially true for collisions that occur in an intersection as the identity of the negligent party is questioned. Police officers called to the scene can only observe the aftermath and have no clear way of determining how the accident took place. They could have made their report based on prior experience that does not apply to the circumstances of your accident. If you were injured in a truck accident and feel strongly that the police wrongfully placed you as the negligent party, do not abandon your case. Instead, discuss it with a Missouri truck accident attorney.

Obtaining as Much Information as Possible

Although commissioned to protect and serve the public, a police officer is not exempt from making an error from time to time. Especially when attempting to reconstruct an event that he was not present for. In the case of a car crash, his preconceived notion of how it occurred may prevent him from seeking any eyewitness testimony. This is why it is important for an accident victim to try and gain as much information themselves before being taken to the hospital. Do not put your health in jeopardy, but if possible, try to at least get contact information from anyone who may have witnessed the collision.

A Missouri truck accident attorney will do their own investigation of the accident. They could extract more eyewitness testimony and even use traffic cameras or another close by recording devices to help gather more evidence. An expert at reconstructing accident scenes could be hired to help strengthen your claim.

In a Missouri case where the police report put the plaintiff at 100% fault, the attorney was able to show how that report was completely inaccurate using his own investigative skills. The accident took place at a busy intersection and left the driver of the passenger vehicle paralyzed from the neck down. Initially, it was thought that the driver had run a red light, but an independent eyewitness who was not part of the initial police report testified that the truck had sped up in an attempt to beat a yellow light. As soon as this evidence was presented to the trucking companies insurance carrier, they agreed to settle the case for four million dollars.

Receiving Compensation You Are Entitled To

It is important to pursue claims against trucking companies aggressively as they are usually million dollar companies with the means to fight your claim. Their insurance companies have been known to employ such tactics as stalling in order to avoid having to make a large pay-out to an injured motorist. If you are approached by one of their adjusters, direct them to speak only with your Missouri truck accident attorney.

Police officers are human too and subject to make mistakes. You are under no obligation to take their version of events as true if you feel strongly that some evidence was overlooked. In order to overcome an erroneous report and receive the compensation you are entitled to, contact The Hoffman Law Firm, L.L.C. at (314) 361-4242 immediately. Cases against the trucking industry are complex, and you are going to need someone with experience to guide you through it.

St. Louis Lyft Accident Lawyer Talk to a Lawyer for Free 24/7 at (314) 361-4242 ::  We Help Lyft Accident Victims Get the Compensation They Deserve An accident with a Lyft driver can leave … END_OF_DOCUMENT_TOKEN_TO_BE_REPLACED