You are here: Home / Archives for underinsured motorist

Being involved in a St. Louis car accident is stressful. Things become even more stressful if you find out the other driver is uninsured. Car accidents happen all the time. Oftentimes, car crashes and similar accidents are fatal. Between 2016 and … END_OF_DOCUMENT_TOKEN_TO_BE_REPLACED 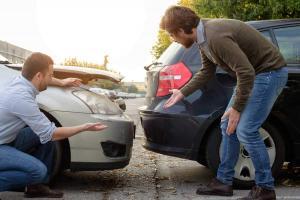 There is often confusion about what an “uninsured” and “underinsured” motorist is – and what happens if you’re hit by an underinsured driver.  In this article, we’ll break down the differences between being hit by an uninsured driver and an … END_OF_DOCUMENT_TOKEN_TO_BE_REPLACED

If you were involved in a car crash, one of the most important things to do at the scene of the accident is exchange insurance information with the other driver involved. Car accidents are very common in the United States, despite cars having … END_OF_DOCUMENT_TOKEN_TO_BE_REPLACED

When it comes to personal injury cases, the damage suffered by the victim should be covered by the at-fault driver’s insurance company. The final settlement depends on a number of factors, like the costs of the victim's medical bills, lost wages, … END_OF_DOCUMENT_TOKEN_TO_BE_REPLACED

St. Louis Lyft Accident Lawyer Talk to a Lawyer for Free 24/7 at (314) 361-4242 ::  We Help Lyft Accident Victims Get the Compensation They Deserve An accident with a Lyft driver can leave … END_OF_DOCUMENT_TOKEN_TO_BE_REPLACED